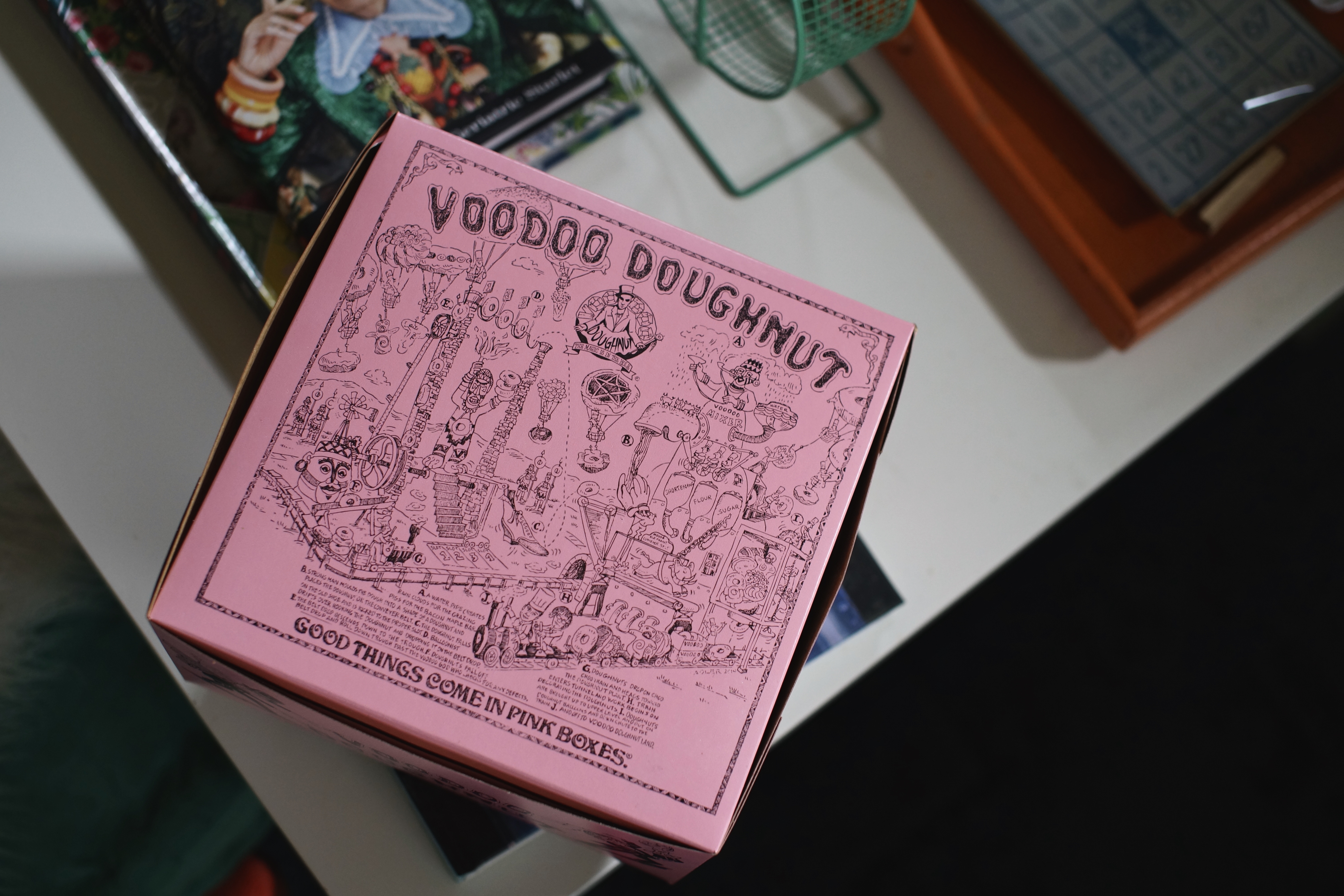 Donuts are one of my all time favorite desserts, and whenever I’m traveling I have to scope out the local donut scene. I heard great things about Voodoo Donut before planning my trip to Colorado, so I knew I had to make a point to go when I was in Denver.

Here’s a fun video I made at my Airbnb, featuring the famous pink Voodoo box….

My friend & I stopped by one night around 11PM, and I was shocked at how crowded it was! (I guess I was used to CT where everything is dead past 9PM haha). The line was almost out the door, but it moved really quickly. I was happy it was packed, it gave me time to decide. Everything looked so delicious, and they have tons of crazy unique flavors to choose from.

After about 5 solid minutes of staring at the rotating case I decided on an apple fritter vegan donut (I have an egg allergy, it’s the worst). This donut was HEAVENLY! The fresh chunks of apple & cinnamon tasted just like fall. It was perfectly glazed, not too thick or overpowering. The dough was so light it felt like I was eating a cake cloud.

I can’t wait to visit again! Hopefully one day I get to check-out their other locations. They have stores in LA, Austin, Orlando & three locations in Oregon where it originated (two in Portland & one Eugene).

1 comment on “Where To Eat in Denver: Voodoo Donut”

This site uses Akismet to reduce spam. Learn how your comment data is processed.